Renting a car takes forever. Last week we rented a car, there was a huge line, then we got transferred to another line. By the time we got to the front desk the agency was out of car seats even though we'd specifically reserved them online with our booking. The guy at the front desk helping us was obviously stoned my wife had to read off credit card and reservation numbers multiple times. The process took forever. It wasn't cheap either.

This isn't our first issue with long lines and rental car headaches. I don't think we're unique with our American rental car horror stories. When we rented a car in Hawaii waiting to pick up the rental car took longer than our flight from California. Even returning a rental car can be a process if they're backed up. As Americans if we rent cars we wait in long lines and pay through the nose. 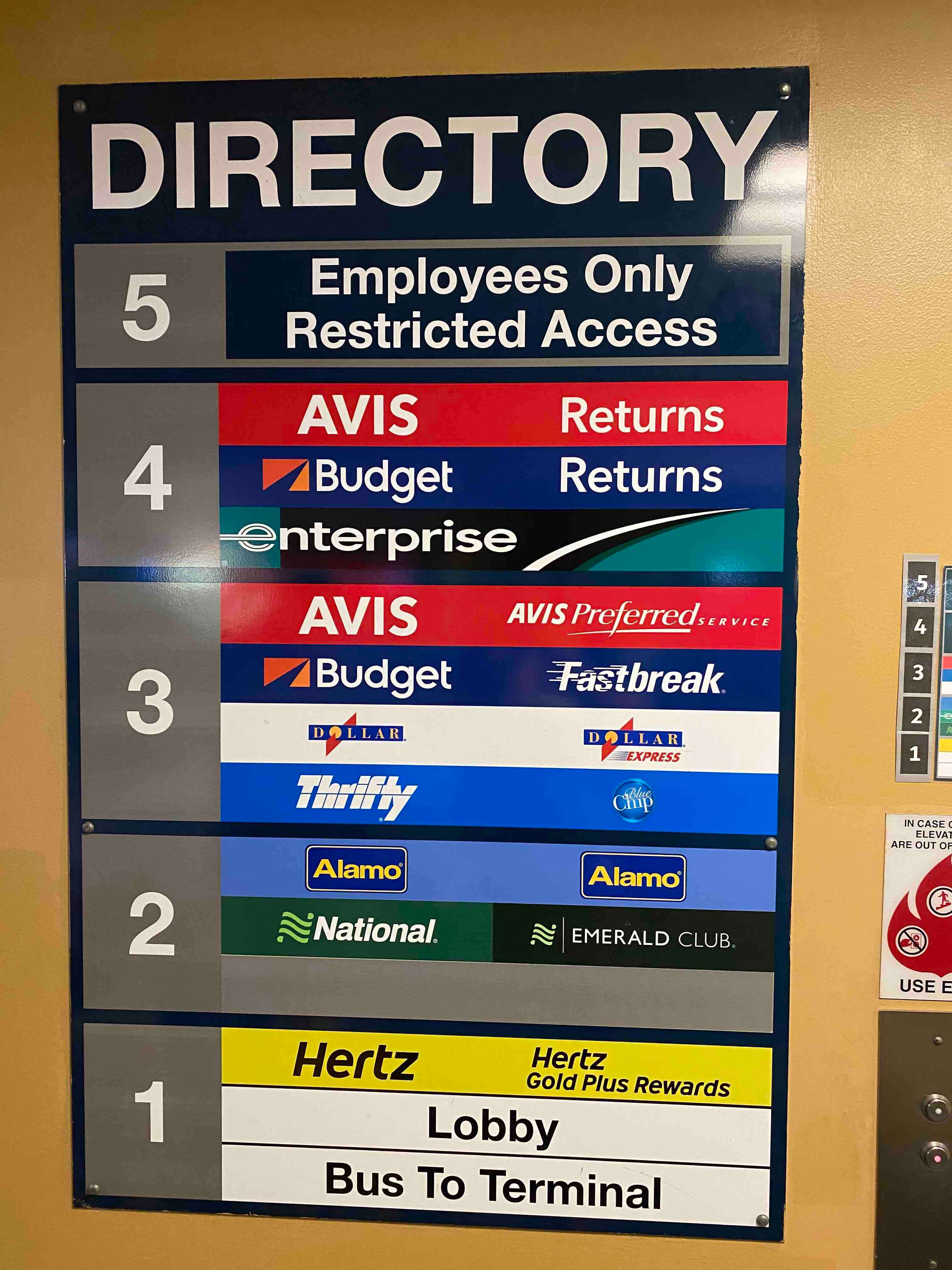 In American economic terms the solution to high prices and poor service is to "vote with your dollar" and take your business elsewhere. Though from the above sign it looks like there are a ton of different choices, turns out all the rental car companies are owned by three international conglomerates: Avis Budget Group, Enterprise, and Hertz Global Holdings. The below graphic is from Economic Liberties report on the illusion of choice in America. 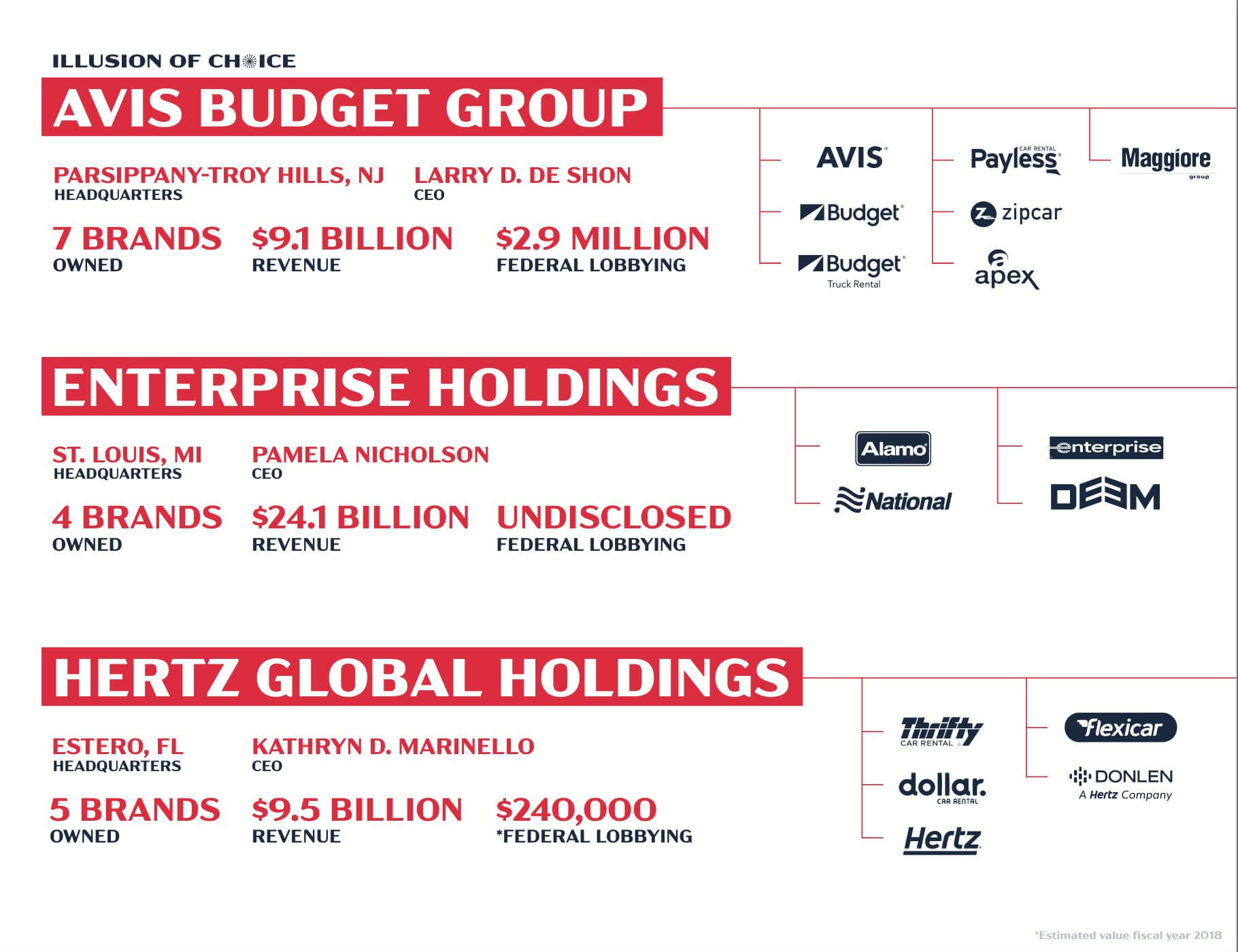 Now there are definitely alternatives to renting a car, like Uber and Lyft. With kids and car seats on a vacation though renting a car can be nice to have. There are some peer to peer marketplaces not owned by the major conglomerates, notably Getaround and Turo but you won't find kiosks for them available at airports. Zipcar was one of the first movers in shaking up the rental car space, but it was bought by Avis-Budget for $500 million in 2013. Zipcar, Getaround and Turo have raised over $1 billion from investors ($1,143,129,392 to be percise) so there's definitely appetite from Venture Capitalists and financiers for shaking up the car rental space. Despite decades of development though the car rental industry is still controlled by three players. For whatever reason consolidation has been the name of the game in the American rental car market.

The major car rental companies use market power to buy up rivals around the world, keeping prices high and wages for workers low. The economic consensus of both political parties, since President Reagan has been that bigger is better and corporate consolidation should be encouraged, but I believe that's changing. I did a bit of digging on car rental mergers and acquisitions and this is a timeline of how the three big car rental firms were able to monopolize the rental car market in America.