Why So Little Candy Variety? Blame the Chocolate Oligopoly 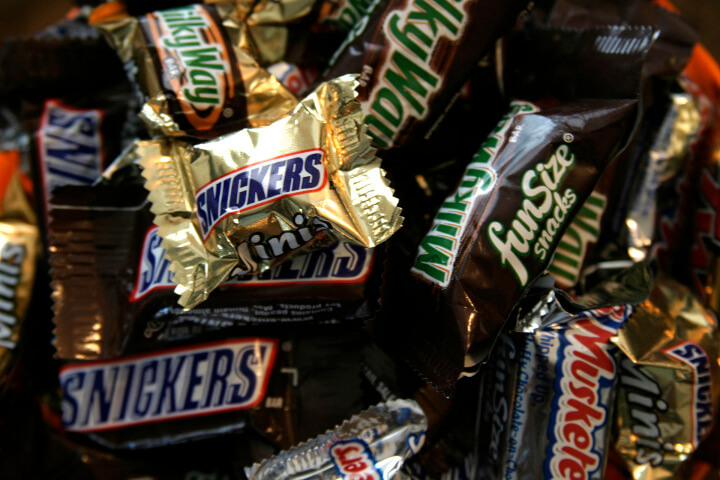 Antitrust laws matter. The predominant wisdom for the past 45 years has been that big firms are better for our economy, efficiency and the people. Now two firms control choclate production and distribution and most of candy sales in the United States. The choclate companies may even say that they need to consolidate in order to compete and get placed in the shelves of other corporate giants like Amazon, Target and Wal-Mart.

Sure, this consolidation could result in increased "economic efficiency" but especially in a sector like choclate when our nation is facing an obesity epidemic do we need efficient choclate production? I would much rather have resilient choclate production. Monopolies create efficient buisiness lines that centralize risks and profits. Distributed commerce may not be as efficient but it is more resilient, causing less risks of shortages. If one or two companies control the choclate market they can bargain with the big guys and demand best terms from the choclate producers because of their high order volume. If they have an issue with a supplier then most of the nation's supply of choclate is at risk.

If a supply chain was distributed many regional choclate shops could have many different suppliers. That way the system is more resilient because a problem with one company's supply chain does not put the supply for the whole market at risk.

If we want a healthier, more diverse market—and more variety in our Halloween buckets—we could start by reviving some of our antitrust laws, which we traditionally used to create a level playing field among companies, regardless of size. Enforcing current laws – whittled down by federal courts – won’t do much to dent the dominance of Mars and Hershey or the massive retailers, but it could curb their ability to throw their weight around at the expense of the independents.

Cheaper prices for choclate are probably a factor in our nation's obesity epidemic. Enforcing current laws could result in more candy variety and more paths to upward mobility at the expense of financiers on Wall Street. This is definitely an area where I think it would be worth it for the government to step in and govern.

Visiting the candy factories that produce the Twin Bing, the Idaho Spud, the Goo Goo Cluster, the Valomilk, and a dozen other quirky bars, Almond finds that the world of candy is no longer a sweet haven. Today's precious few regional candy makers mount daily battles against corporate greed, paranoia, and that good old American compulsion: crushing the little guy.

This is a little dark but I have no doubt this guy did his candy research.