Everything is a Remix

Learn more about the history of the internet.

Social Evolution: Copy, Transform, Combine. Our new ideas evolve from the old ones. Our system of law doesn't acknowledge the derivative nature of creativity. Instead, ideas are regarded as property with distinct boundaries.

Ideas aren't so tidy. They're layered, tangled and interwoven.

For almost our entire history ideas were free. Evolution of the market economy leds to system failure.

Original creations can't compete with the price of copies.

Copyrights cover media and patents cover inventions. They provide a brief window of exclusivity. A core belief was in the common good. Instead people thought that ideas are intellectual property. Humans are loss averse. We hate losing what we've got.

"I'm going to destroy Android because it's a stolen product. I'm willing to go to thermonuclear war on this" - Steve Jobs (2010)

When we copy we justify it. When others copy we vilify it. Most people have no problem with copying, as long as we're the ones doing it.

Intellectual property laws introduced in the late 90s under the Clinton administration: 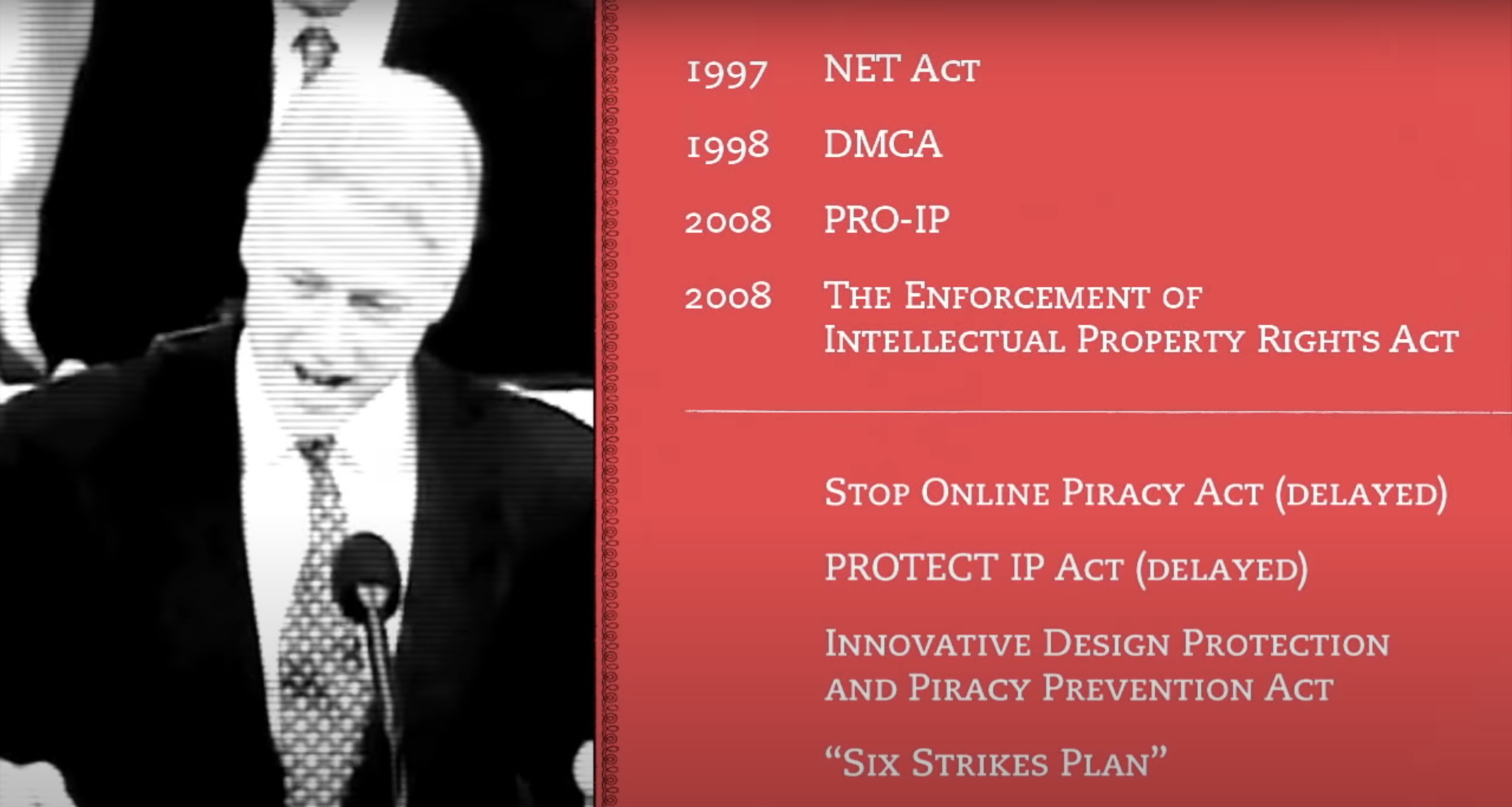 Sample trolls and patent trolls have full business models built entirely around intellectual property lawsuits, even though they don't produce anything. They litigate to earn all of their profits!

Paul Allen sued most of Silicon Valley's major companies in 2010 because he thought his defunct company invented and owned fundamental features of the internet like related links, alerts and recommendations. Even though he's a famous billionaire he still sued.

Copyright Act of 1790: An Act for the encouragement of learning.

Patent Act of 1790: An Act to promote the progress of useful Arts.

The intent of the laws was to better everyone, not protect a few. The common good was thrown out the window with the rise of intellectual property laws.