America Has a Monopoly Problem 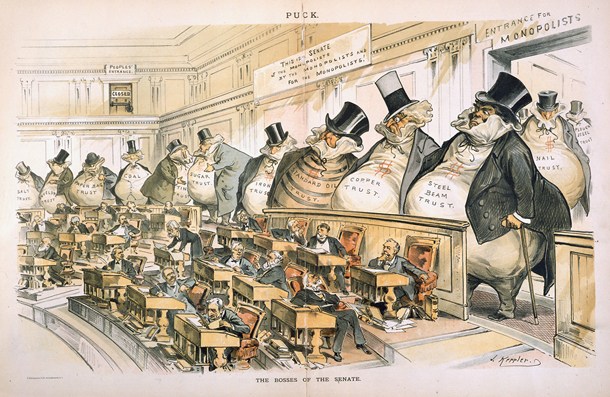 For me the problem with monopolies is seeing the same shopping mall with a Starbucks, CVS and Walmart wherever you drive in America. An economy run by billionaires and monopolists is boring. Stiglitz begins his piece by describing this sad state of affairs in America today. It's kind of a bummer but follows with concrete ideas about solutions. Keep calm and read on 🤙

There is a widespread sense of powerlessness, both in our economic and political life. We seem no longer to control our own destinies. If we don’t like our Internet company or our cable TV, we either have no place to turn, or the alternative is no better. Monopoly corporations are the primary reason that drug prices in the United States are higher than anywhere else in the world. Whether we like it or not, a company like Equifax can gather data about us, and then blithely take insufficient cybersecurity measures, exposing half the country to the risk of identity fraud, and then charge us for but a partial restoration of the security that we had before a major breach.

It's a bit of a depressing picture, and at first hard to see the relation between drug prices, the Equifax cybersecurity breach and individual's frustration's with cable and internet prices. Seeing the connection between these problems requires zooming out and understanding more about America's political economy as a whole. Stiglitz covers a bit of American history..

America has been here before

Laws to ensure competition in the marketplace were based on the belief that concentrations of economic power inevitably would lead to concentrations in political power.

Firms like Microsoft led in the innovation in creating new barriers to entry. How could one compete with a browser provided at a zero price? New forms of predation were created, and pre-emptive mergers—buying cheap potential competitors before they could be a competitive threat and before an acquisition would receive antitrust scrutiny—became the norm. Even after Microsoft’s anti-competitive practices were barred, their legacy of market concentration continued.

Monopoly power in America is probably the greatest problem you've never heard of. Until recently the last time I thought about monopolies was my tenth grade U.S. history class. This article by Joseph Stiglitz goes on to detail the affects of concentrated corporate power on labor and globalization. He talks about why it matters, the state of our political economy and potential remedies. Here are some concluding remarks from the article:

Making markets work—reforming our economy so that it looks more like the competitive market ideal of the college textbook—requires a comprehensive agenda. I have already described how the new high-tech firms have been innovative in avoiding taxes, extracting rents from all sides of the market, and entrenching their market power. We need, consequently, corresponding innovation on the public side.

Remedy ideas from the article