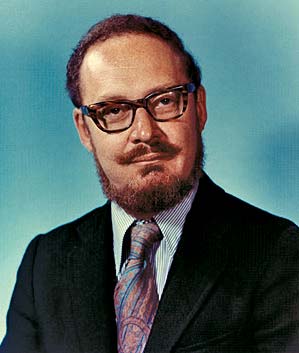 In 1978 a Yale law professor named Robert Bork wrote a book called The Antitrust Paradox that shaped the government’s hands off approach to antitrust enforcement over the past 40 years through Republican and Democratic administrations. It laid the groundwork for the “consumer welfare” legal standard that based government action around short term price effects. It was a very influential book and helped catapult Robert Bork to be Ronald Raegan’s Supreme Court nominee in 1987. The appointment generated controversy and was blocked by Democratic Senators, including Joe Biden and Ted Kennedy. This gave rise to the term “borked” meaning blocked. In 2017 as a student at Yale Law School Lina Khan wrote a legal paper called Amazon’s Antitrust Paradox that was a direct response to the rise of Amazon, the internet economy and where Bork’s ideas and current antitrust doctrine falls short. This blog post will go over at a high level what the argument is and issues at play are in the legal paper Amazon’s Antitrust Paradox.

Writing in 2017 Khan identifies Amazon as a marketing platform, delivery and logistics network, payment service, credit lender, auction house, major book publisher, producer of television and films, fashion designer, hardware manufacturer and the leading host of cloud server space. By today this is probably short changing all the business lines Amazon engages in. They’ve clocked staggering growth but most quarters have meager profits, choosing to price below cost and expand widely instead. Through this expansion Amazon has become essential infrastructure for many other businesses that depend on it. It has completely escaped antitrust scrutiny until very recently.

As Khan puts it:

She notes that competition in online markets is different from Bork’s theory (developed in pre-internet times) for two reasons:

In the Note Khan seeks to map out Amazon’s dominance and illuminate anticompetitive aspects of Amazon’s structure and conduct. She then will conclude the note by considering two potential remedies:

For the first six years of being a public company Amazon never posted any profit. They kept losing more and more money every quarter. A news article from 2000 was titled: /Amazon: Ponzi scheme or Wal-Mart of the Web?/. Amazon chooses to reinvest their money so they can expand into new business lines and/or keep prices low instead of posting quarterly profits. Consumers love Amazon. Critics often fumble to explain how a company that offers low prices and revolutionized e-commerce could threaten our markets.

Khan traces the rise of Amazon to changes in our legal doctrine:

In some ways, the story of Amazon’s sustained and growing dominance is also the story of changes in our antitrust laws. Due to a change in legal thinking and practice in the 1970s and 1980s, antitrust law now assesses competition largely with an eye to the short-term interests of consumers, not producers or the health of the market as a whole.

Essentially in today’s enforcement of the law we in America view low consumer prices as evidence of sound competition in the market. Khan goes on:

With its missionary zeal for consumers, Amazon has marched toward monopoly by singing the tune of contemporary antitrust.

Khan argues that gauging real competition in the 21st century economy requires analyzing the underlying structure and dynamics of markets. This would require examining the competitive process itself, not just price outcomes that consumers see. This is called economic structuralism. Instead she argues that the courts enforce price theory, resulting changes to two important areas of enforcement:

There are six parts to the paper.

Since the late 1970s the American government has moved away from economic structuralism towards price theory for gauging competition.

The idea is that a market dominated by a few firms is likely to be less competitive than a market populated by many small and medium sized businesses. There are three reasons for this:

Through the 1960s antitrust doctrine policed for size and conflicts of interest, like if a dominant shoe manufacturer extended into retailing would that create an incentive to discriminate against competing retailers.

The Chicago School asserted that the proper lens for viewing antitrust problems was price theory. The theory is based on a simple premise:

“Rational economic actors working within the confines of the market seek to maximize profits by combining inputs in the most efficient manner. A failure to act in this fashion will be punished by the competitive forces of the market” - /Richard Posner, leader of Chicago School of antitrust thought./

The Chicago School asserts that “what exists is ultimately the best guide to what should exist”. The move toward this theory of antitrust enforcement had two major consequences:

In 1982 the Reagan administration issued merger guidelines that were a dramatic break from the past. Previous guidelines from 1968 stated that merger enforcement was “to preserve and promote market structures conducive to competition”. The new guidelines read that mergers “should not be permitted to create or enhance ‘market power’” defined as “the ability of one or more firms profitably to maintain prices above competitive levels”. Today showing antitrust injury requires showing that consumers were harmed in the form of price increases or reduced output.

The more recent 2010 Horizontal Merger Guidelines acknowledge that market power can come as non-price harms like:

The two major areas this has changed in our economy are predatory pricing and vertical integration.

Throughout the 20th century Congress and state legislatures viewed predatory pricing as a tactic used by highly capitalized forms to bankrupt rivals and destroy competition. Low prices by a dominant firm was viewed as a tool to concentrate economic control.

_Before going to prosecute Standard Oil President Theodore Roosevelt brought John D. Rockefeller to the White House and offered to have the government take over his company instead of breaking it up. Standard Oil got so big it was either going to be part of the state or pitted against the state.
_

In 1914 Congress passed the Clayton Act to strengthen the Sherman Act and prohibit large corporations from slashing prices below the cost of production to destroy competitors.

Congress also passed "fair trade" laws that granted producers the right to set how much their goods cost. This is almost an alien concept in America today where Amazon, Target, Wal-Mart and other chains routinely use their size to strong arm producers. In 1936 Congress passed the Robinson-Patman Act attaching criminal penalties for predatory pricing. This meant that executives and CEOs could face jail time for how they priced the products, making it a crime to sell goods at "unreasonably low prices for the purpose of destroying competition or eliminating a competitor". As we'll see later this is exactly what Amazon did to Diapers.com and other competitors throughout their history.

Congress saw predatory pricing as a threat to competitive markets. The Supreme Court has upheld the Robinson-Patman Act numerous times. Getting rid of excess inventory at low prices was fair game. To be a crime prices had to be low with the specific intent to destroy a competitor. Using power, size and force of capital to lower prices were different and illegitimate where having lower prices based on superior skill and production was okay.

Predatory pricing began to fall out of favor with the legal community after a ruling in Utah Pie Co. v. Continental Baking Co.. Bork and the Chicago School figure that predatory pricing doesn't exist, it's just how competition works. They asserted that pricing below cost is irrational and even if a firm did do this to run competitors out of business they'd then have to raise prices again and new competitors would emerge to balance the market out.