About ten days ago an armed mob stormed into the capital hunting for legislators. The outgoing President called them to do so, along with help from his personal lawyer and son. Freshman legislators made baseless claims to advance their political ambitions. A veteran of both the Afghan and Iraqi war was shot dead and a policeperson was killed by the mob too. Thousands were there and hundreds will be tried and prosecuted. Private industry has worked to hold the outgoing party responsible for their actions, primarily by cutting fundraising, muting media accounts (Trump's twitter) and preventing competitors from emerging (Parler). There isn't legislation to hold tech companies responsible for what's published on their sites because they're protected by a 1996 statute meant to regulate internet chatrooms (Section 230). The issue has shown how powerful tech companies are today and highlited how negligent our government has been in regulating the nation's political economy. 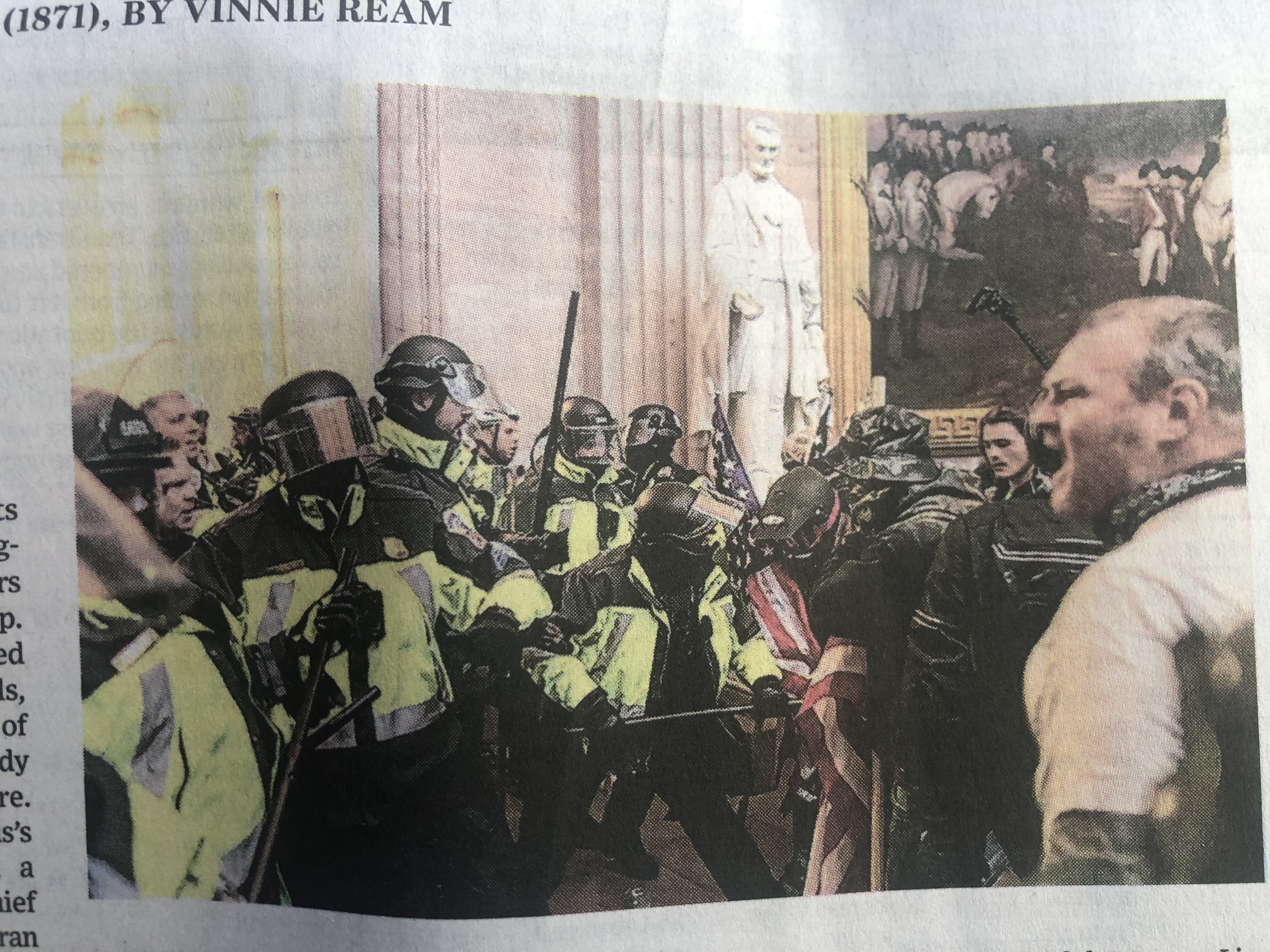 Two people died violently on January 6th. A Capitol Police officer Brian Sicknick was murdered by the mob Trump summoned. On the flip side Ashli Babbitt was shot inside the U.S. Capitol when it was being violently invaded and attacked, as she caused our elected lawmakers to hide in fear. Babbitt and Sicknick were both U.S. military veterans. Sicknick served in Saudi Arabia and Kyrgyzstan; Babbitt was decorated by the U.S. Air Force with the Iraq Campaign Medal and Global War on Terrorism Expeditionary Medal after active tours in Middle East warzones. Sicknick was doing his job and killed in the line of duty by the angry mob. Babbitt was the angry mob. She was inside the Capitol and attacking the elected government of the United States based on beliefs fermented by politicians and hosted by private industry (Twitter, Facebook, Reddit etc). There are corporate forces that crushed Babbit and corporate forces that drove her to violence, none of which our government has been able to stop.

Ashli Babbitt after a decade of military service, active combat and decorated performance opened a small business in San Diego called Fowlers Pool Service. Unfortunately, it's tough to open a small business in the pool supply industry because like most sectors of the American economy the pool supply industry is controlled by financiers and monopolists. In the case of pool supplies the monopoly power is a publicly traded company called PoolCorp (POOL). PoolCorp controls 45% of the United States swimming pool sector. They were sued by the Federal Trade Commisson (FTC, part of the Justice Department) in 2011 because they blocked businesses from buying pool supplies from other manufacturers. If manufacturers tried selling to other distributors PoolCorp would stop selling the manufacturers products. PoolCorp's marketshare is so big that this would be a death blow. Trying to compete with a monopoly corporate power is a losing game in America since government is on the corporation's side.

Babbit took a "merchant cash advance" from Everest Business Funding when her small business ran into trouble battling PoolCorp. A Merchant Cash Advance is a shady financial product like payday loans for businesses where interest rates routinely top 100%. It's super sketch if you don't believe me take one look at their website. This company is in Florida and clearly caters to those without options. Unfortunately their business like large parts of the financial industry isn't regulated to protect American citizens. The merchant cash advance market is regulated to favor financiers who make millions and contribute to campaigns.

Everest Business Funding sued Babbitt's pool supply company. Babbit's lawyers argued that the merchant cash advance agreement was an "illegal and usurious loan" but they lost because courts said for some reason it wasn't a loan and is not bound by usury laws so lenders can charge whatever interest rate they want on the money. Babbit is a veteran that came home from war, started a small business and was defeated by corporate monopoly power in the pool supply business then got taken advantage of by financiers. The government bails out banks and subsidises the wealthy, creating socialism for the rich and ruthless unrestrained capitalism for the poor. The government bails out banks and allows corporate mergers without protecting citizens' right to participate in the economy.

There's a lot to unpack here, but at the end of the day many of the people marching on the capitol had legitimate grievances with the government. The government needs to work for the people and protect us from corporate predators, monopolists and Wall Street. Unrestrained capitalism will result in corporations controlling the government, not the other way around.