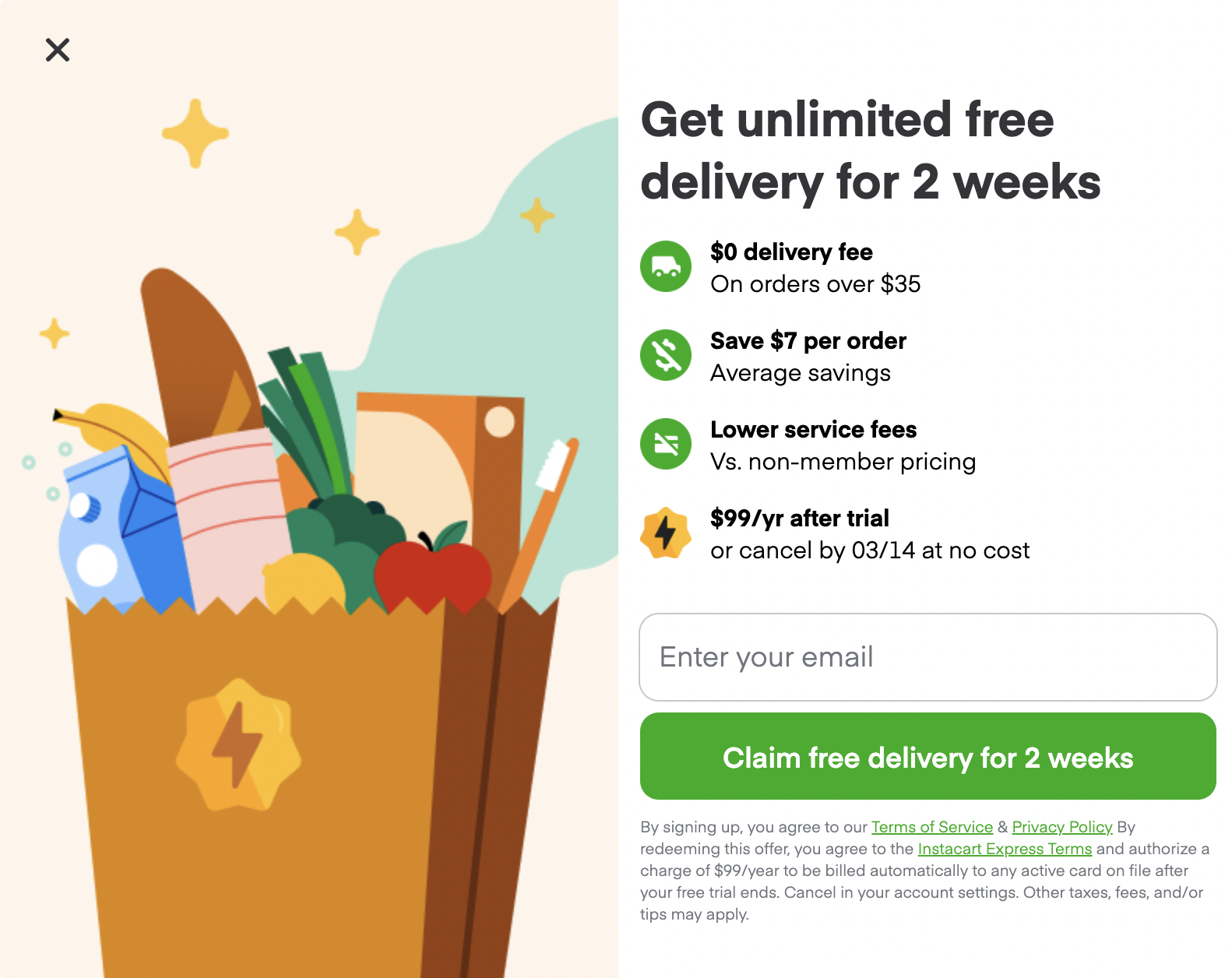 This week I had to make the familiar first world decision of whether to go grocery shopping or have groceries delivered. When Instacart first launched I was pretty much disgusted with it, in no small part because when I was out of work I went in to a seminar or training or recruitment thing to delivery groceries for Instacart in San Francisco. There was pretty much no upward mobility and it didn't seem like much money at all, especially after all of the travel expenses that they don't pay you for.

My thinking's changed now that I'm older, have a steady job and grocery delivery in its current form of independent contract labor has been around for a while. I've gotten used to it. Plus I've had to rely on Instacart a few times when we've run out of baby formula for my daughter. I read the financial guru Ramit Sethi's quora answer this week about someone who makes $750k/year doing their own grocery shopping and how a paradox of becoming more wealthy is being ashamed at trading your time for money by buying services like laundry or grocery delivery. He's a great writer and it's a good piece, recommend you read it. Long story short, it's Sunday, we need groceries. Do we get them delivered or go do the shopping ourselves? #firstworldproblems

We ended up going to Costco and doing a grocery run. As with most trips with Costco we bought more than only the stuff we had on our list but I'm not mad about it. Costco has great deals. One thing I was curious about is how much more would it have cost us to had the same grocery run delivered?

It's a straightforward question but I don't think the answer is easy to discern.

I've got a Costco membership card already, so not going to factor in that cost but it is something to consider. We drove over to Costco, did our shopping and this is how much it cost:

I've signed up for "Instacart Express" which costs a flat fee of $9.99 per month which says gives me lower service fees and free delivery.

I added the same items we purchased at Costco to an Instacart cart for a local delivery. I got a small discount by entering my Costco card number. 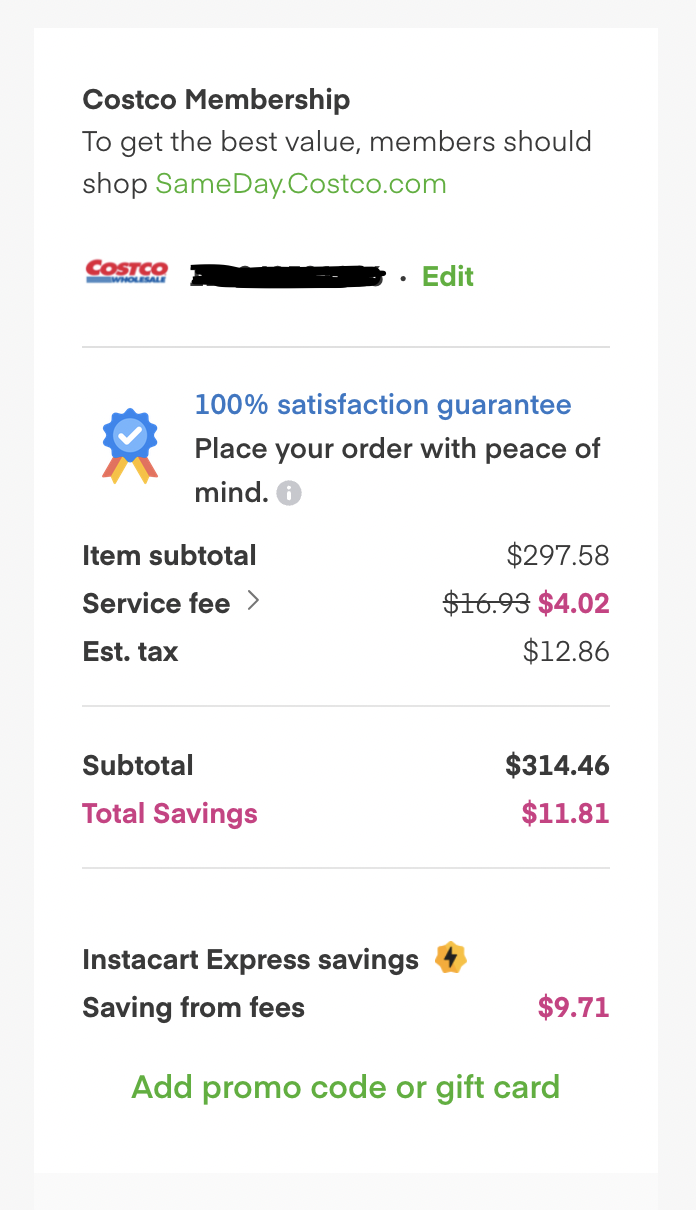 So for an order of this size it cost an extra $19.19 to have groceries delivered. It's interesting because in the Instacart UI it looks like it should only be $4 more than shopping at Costco but it's actually ~5x that amount. Without Instacart Express the cost of grocery delivery would be even higher.

In checkout it looks like grocery delivery only costs an extra $4 but it actually costs $19 more than shopping in the store.

I've recently been reading Amazon's Antitrust Paradox and learning about the business model of Amazon Prime. One important part of Amazon's success has been control over prices and leveraging their market power to squeeze suppliers. Instacart doesn't really give transparent pricing information to consumers. It's not really clear how they get their pricing info. Do Costco, Safeway etc supply their prices to Instacart? I think more likely Instacart scrapes the prices from the internet and adds a bit of extra fee to profit and protect themselves from price fluctuations. This makes it very hard to tell when Instacart raises or lowers their prices since there isn't transparency there. $19 !== $4

This doesn't mean that I'm not going to stop using Instacart but I wish there was more transparency here for the benefit of consumers, regulators and suppliers.