We recently had our second baby girl at the UC San Francisco Benioff children's hospital. Being present to watch the baby being born was truly a blessing. The hospital staff works very hard, worked together well as a team and went above and beyond to care for us and our newborn baby! Our baby, now only a few days old is healthy and my wife is recovering. After spending a few days in the hospital I got to thinking about the healthcare system in America. I've been reading about tech monopolies and have come to learn that concentrated corporate power isn't unique to the tech industry. Monopolists and financiers run the American economy and this is an effect of lax government antitrust enforcement.

It all started with a hospital bed. We're blessed to have great health insurance through my wife's work so hopefully won't have to worry about going bankrupt because of our hospital bed. Unfortunately that's not the case for some 27 million Americans that lack health insurance and could be financially ruined by a trip to the hospital. Spending time at the hospital complex reminded me how mortal and human we all are. From birth until death we're all going to need to lean on the healthcare system at some point, whether we choose to or not. A sane, reliable and affordable healthcare system is worth fighting for. 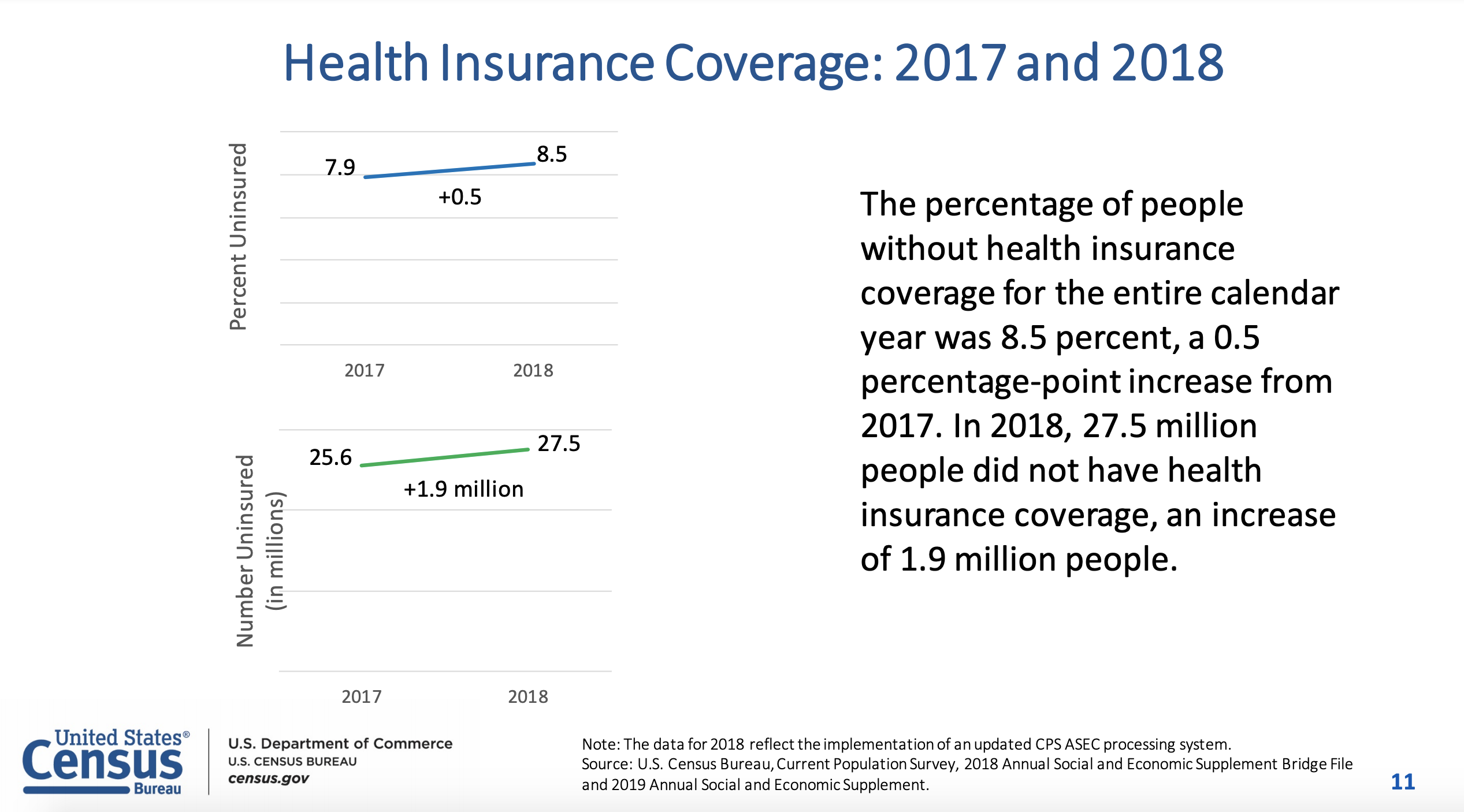 The healthcare industry is subject to some of the same market forces that have been shaping global economics since the 1970s. Mainly that's lack of enforcement of antitrust laws by the U.S. government. The result is that hospitals have been buying up their competitors. In one shocking study researchers found that 90% of U.S. hospital markets are highly concentrated. That means in most metro areas there is one monopoly hospital provider. Hospital monopolies can charge insurance companies higher prices for care. They can also demand more procedures and prescribe more drugs, leading to deaths by overtreatment. The U.S. healthcare system is one of the most expensive healthcare systems in the world for some of the lowest quality care.

Over the last several decades, Congress has passed anti-kickback laws and other measures designed to prevent doctors from making money off their referrals. Yet in an era of lax antitrust enforcement, health care providers in any community can get around these prohibitions against kickbacks simply by combining into a single enterprise. (Source: Open Markets Institute)

Provisions of the Affordable Care Act (ACA) increased hospital consolidation. Some information sharing that's illegal between competitors are perfectly legal if a monopolist buys competitors. There was a record setting number of hospital mergers in 2017. Compensation for hospital CEOs rose by 93 percent from 2005 to 2015, while the average health care worker wage rose 8 percent. The rich are getting richer by consolidating the healthcare industry and eliminating competition. Those benefits are not equally shared and can even hurt patients.

In 2016, for the first time ever, a majority of physicians did not own the place where they practiced, a decrease of roughly 30 percent compared to 1983. Physicians charge an average of 14% more for the same services after they have been acquired, with increases going up even more when the physicians are acquired by a monopolist hospital. (Source: Open Markets Institute)

Hospitals have been buying up and consolidating physicians practices. In our follow up appointment after the hospital we noted that our previously independent doctor's office had been bought up by UCSF. That's in addition to UCSF buying a hospital in Oakland. Hospital mergers have triggered consolidation in insurance companies as insurers buy up their rivals. The result is a highly concentrated healthcare industry that's very expensive and provides worse care than healthcare systems in other countries. Illness or medical bills contributes to over 60% of all bankruptcies in the United States. Getting sick in America is probably one of the fastest roads to financial ruin. This is at least in part due to corporate consolidation -- companies buying their competitors.

My intention with writing this piece wasn't to get into hospital mergers and healthcare costs. Instead it started with a hospital bed and a quip by the nursing staff that "we have all this technology but none of it works". In the postpartum room we stayed in the hospital bed gave my wife back trouble. I sat on it too and it was a weird experience. The bed had multiple plugs to electrical outlets and constantly hummed to inflate and seemingly deflate constantly. If the bed was not plugged in there'd be a giant divot in the center. There were dozens of buttons controlling the bed. It was hard to discern all of the controls. Overall the bed, built by a company called Hillrom (NYSE: HRC) seemed overengineered, wasteful and poorly designed. It turns out the hospital bed market is highly concentrated, dominated in the U.S. by two multibillion dollar companies: Hillrom and Stryker. A 2015 antitrust suit against Hillrom alleged Hillrom controlled 70-90% of the standard hospital bed market. There have been multiple lawsuits and allegations of price fixing. Hill-rom will bundle their products together making it impossible for other firms to compete. This is a similar tactic to what Microsoft did in the 1990s by bundling the Internet Explorer browser with their operating system to kill competition. This is only one small part of the healthcare economy, but for us sitting in that room with an overengineered subpar product it was a relevant one. Market concentration in the healthcare industry is the rule not the exception. Markets for medical equipment, pharmaceuticals, health insurance and hospital care are all being concentrated and monopolized.

Concentrated markets drive up healthcare. The government has antitrust laws in their arsenal to stop mergers, break up monopolies and ensure just market norms. The Justice Department can step in to restructure healthcare markets to give Americans better access to affordable quality care, preserve competiton and prevent increases in wealth inequality. Their needs to be political will and a coherent philosophy for these lawsuits to happen. It won't be an easy road but a better healthcare system in America is worth fighting for.